The vestibule and atrium in the Musei Civici host a precious collection of mosaic fragments of Roman and Medieval origin which arrived from digs and finds at private homes and religious buildings in the city.
Discentium commodo, advenarum spectaculo (“for serving study, for the pleasure of visitors”) is the inscription painted on the portal at the entrance, and it explains the purposes of the Museum – a veritable temple of homeland memories. From 1873 to 1878, Gaetano Chierici laid out the arrangements in the vestibule, and then in the atrium. His project for exhibiting the artefacts is presumed to have been finished by Naborre Campanini from 1910 to 1920. 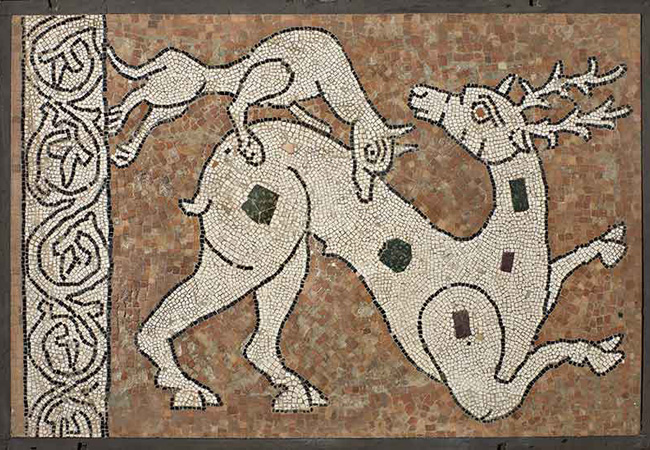