The zoological collections in the Musei Civici are mainly hosted in the hall named after Antonio Vallisneri, where zoological finds were included that had been acquired subsequent to the Spallanzani Collection and which were definitively separated during a rearrangement effected by Alfredo Jona (1888). The original nucleus of materials from the 1800s was supplemented in the 1900s by the abundant collection of Africantrophies of Baron Raimondo Franchetti (1889-1935), an explorer from bReggio. It includes the busts of numerous antelopes and gazelles, and of other animals such as the zebra, giraffe, elephant, warthog, and dromedary, several skins (worth special mention are those of a black rhinoceros and a polar bear) and various whole-body specimens, including a large example of a Nile crocodile and a reconstruction of scenes of predationon the African savannah. Most of the Franchetti’s trophies are hung at the top of Vallisneri Hall, but some are also on display in the Ethnographyhall. Also displayed here is the recent (2009) Ansaloni donation of African artiodactyls. 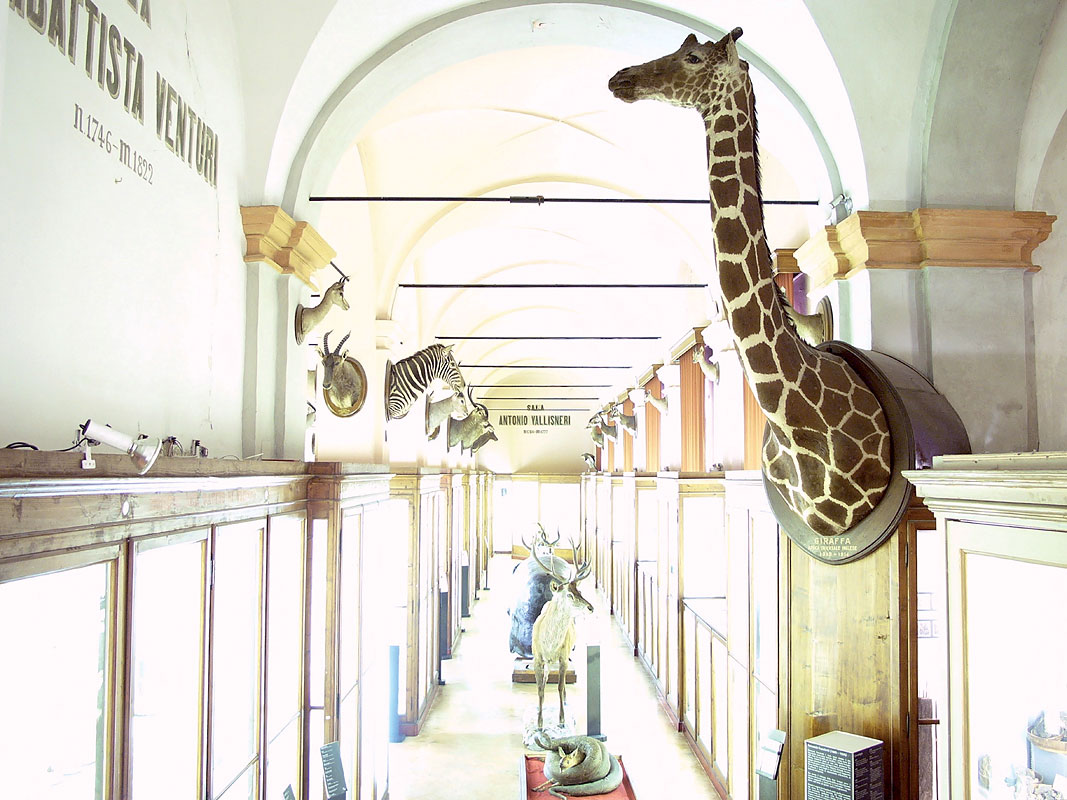